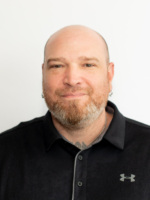 Michael “Mike” Jackman is the Parts Manager for the Aerial Lift Division at Marr Scaffolding Company. He is responsible for procuring repair parts and all necessary supplies to repair scissor lifts, boom lifts, telehandlers, fork lifts and vans for the company and customers. Mike has worked at Marr since 2017.

Mike’s favorite part about Marr is the people. Since walking in the door, he says it’s felt like home. “Everyone has been very welcoming, friendly and helpful.” Outside of Marr, Mike hopes to earn a degree in Business Management and Game Theory/Analysis. He is an avid sports fan, loves playing gold, poker and spending time with his family and two cats.