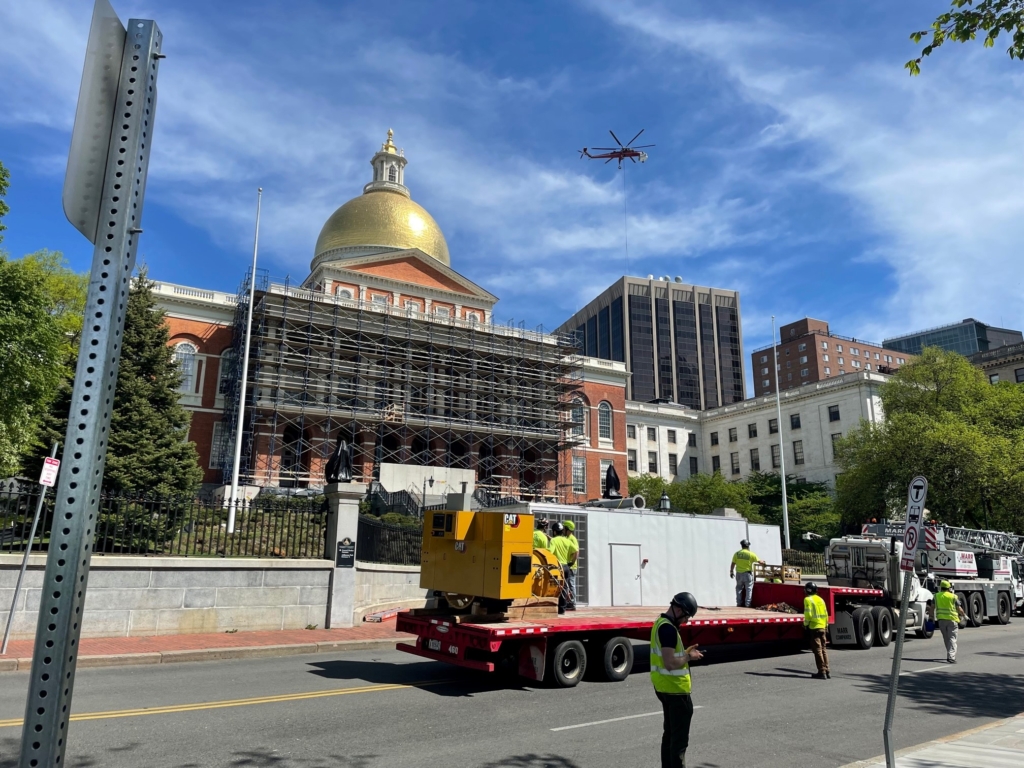 On May 14, 2022, Marr Crane & Rigging (MC&R) worked for LeVangie Electric to install a back up generator on the roof of the McCormack State Office Building at 1 Ashburton Place, Boston. Due to the height of the building and the steep and narrow streets on Beacon Hill, a Sikorsky Skycrane – only one of two operating in the county – was employed to do the heavy lifting. The generator weighed a total of 60,000 lbs. fully assembled, so crews had to disassemble it into pieces so as not to surpass the helicopter’s lift capacity of 15,000 lbs. The helicopter made its picks from Beacon Street in front of the Massachusetts State House. The neighboring Frog Pond was used as a landing zone for the helicopter to change out rigging.
In an email to John Shaughnessy (Project Manager at MC&R), John Hobson (Sr. Project Manager at Colantonio, Inc., the project’s general contractor), wrote: “To you and your teams, great work on the recent project, we were fortunate to have you on our team! Your brilliant problem-solving skills helped us to reach our targets much more quickly and efficiently. We are fortunate to be able to witness and work amongst an industry expert such as yourselves.”