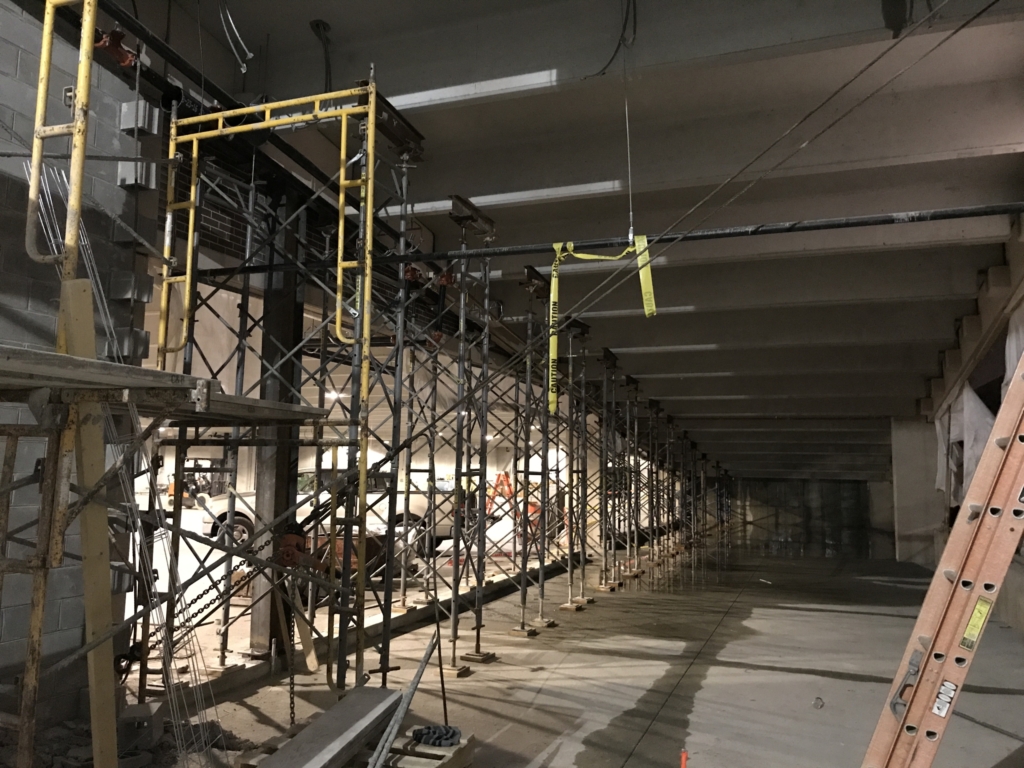 Randy Pitts, VP of Field Operations at Tishman Construction, recently worked with Isaac Blair & Co. on an emergency basis at the MGM Springfield resort casino in Springfield, MA. A column failure in a parking garage required immediate shoring under a ramp to prevent further collapse. Randy wrote to Dan Marr III about his satisfaction with the Marr team and their responsive efforts: “The Isaac Blair team, headed by Louie Giunta and his competent assistant Chris Foley, were fantastic. They responded immediately and were very professional. The field team consisted of guys that have been with Isaac Blair for many years and have worked on numerous Tishman projects over the years – another tribute to your companies. I thank you and the Marr Companies, which have been a part of my career forever.”