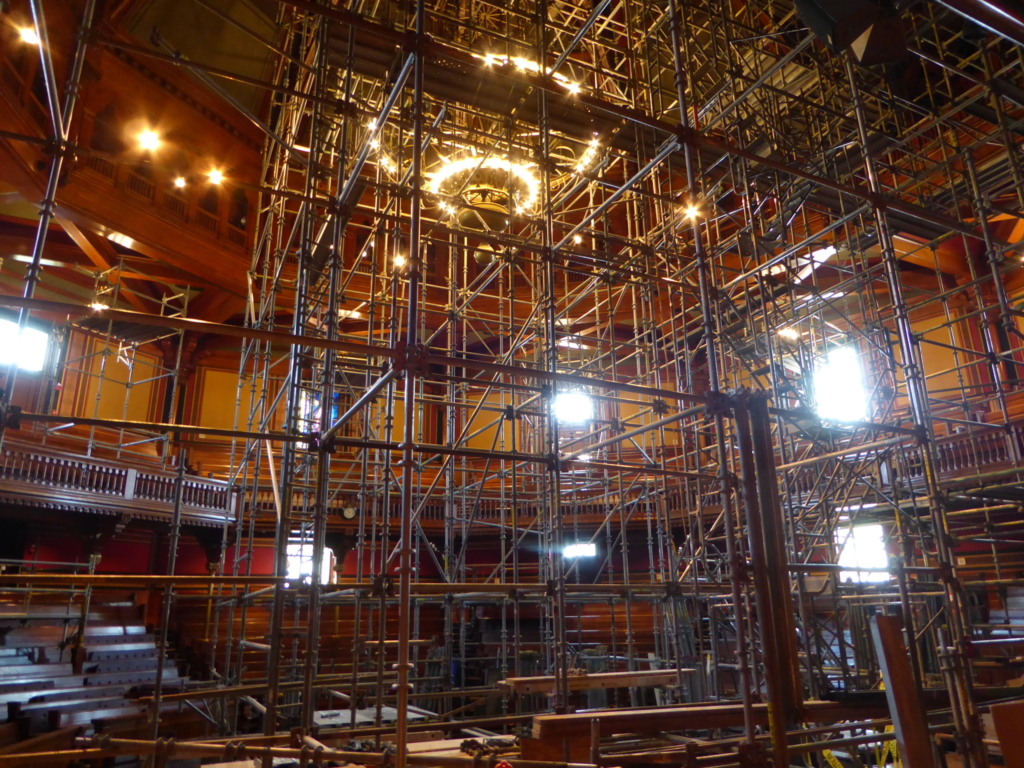 In an email to Jeff Marr, Jr., the Assistant Director of Memorial Hall, Raymond Traietti, had this to say of Marr’s work on the project: “I wanted to express my gratitude for everyone at Marr for this summer’s heroic effort at Sanders Theatre.  What I witnessed over the course of six major weekend builds was a team that was seasoned, diligent and profoundly skillful.  Scaffolding to heights of 74 feet and filling the entire volume of the Theatre in the heat of summer required enormous strength, but what I noted time and time again was a competence and attention to detail that suffused every step of the process.  Of course, that the work was also done with such camaraderie belied the difficulty of the task.  The nature of the scaffolding, to take down what has  just been raised, could in one sense seem thankless, but what was actually  built by your team, and remains, is a well-earned reputation of the utmost professionalism.”