With Pope Francis’ highly anticipated visit to the U.S. this week, we look back fondly on Pope John Paul II’s visit to Boston on October 1, 1979, when he celebrated Mass on the Boston Common. Just three weeks prior to the Pope’s visit 36 years ago, the Mayor’s office requested the help of Marr to design and build the platform structure and sound towers that would support the altar of the papal pavilion. Marr Scaffolding Company worked in partnership with Perini Corp. to assemble the pre-built components and supply supports for the complex structure, comprised of a 14-foot-high altar and multi-level platform. Daniel Marr and Son was responsible for the steel work.

Following the rainy day on the Common where hundreds of thousands of people gathered to celebrate Mass, Marr oversaw the dismantling of the pavilion. According to Dan Marr III at the time, many passers-by had requested souvenirs, but were denied a piece of the papal alter as it belonged solely to the Archdiocese.

Marr’s contribution as General Contractor (Marr Scaffolding Company) and Steel Erector (Daniel Marr & Son) was recognized by the American Institute of Steel Construction in their 1979 Architectural Awards of Excellence. The jury had this to say of the project and its various contributors: “Under time restraints, a very logical use of steel and material… the end result was an exceedingly handsome and fitting setting for the Pope… simplicity made powerful. It was a purely structural solution, and yet the special glow it gave in the middle of the Boston Common set off the Pope splendidly, even in that terrible weather.” 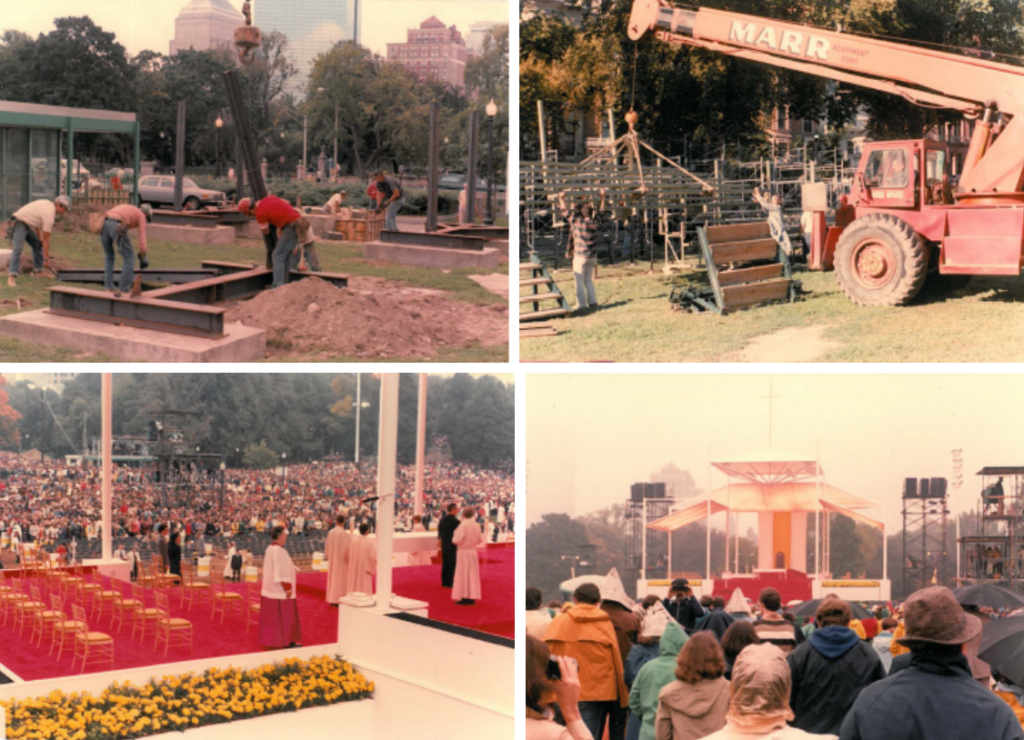