The below press release is featured in the July issue of High Profile. 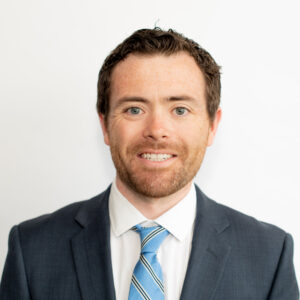 David Marr Jr. has been appointed as a trustee designated by the Building Trades Employers’ Association of Boston and Eastern Massachusetts, Inc. (BTEA) to the Operating Engineers Local #4 Pension, Health & Welfare Fund and the Annuity & Savings Fund. He will serve as the permanent replacement for Jack Shaughnessy, Jr.

Marr has been a Project Manager for the crane division of Marr Crane & Rigging for 10 years. He is a member of the sixth generation of Marr family members to work for The Marr Companies.

His experience and investment in the construction community will serve him well as he takes on the responsibilities of this new role.

The BTEA serves its membership in numerous ways such as forging partnerships between businesses and government for purposes of economic development, providing technical assistance, advocating for planning and development, and arranging opportunities for members to network with each other, business leaders and local and state officials.