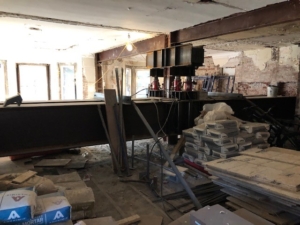 Steel beam sections, weighing 4200 lbs. each, are fed in by crane to the first floor. 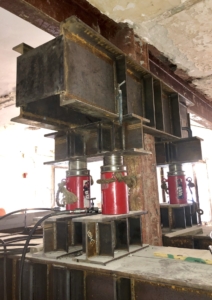 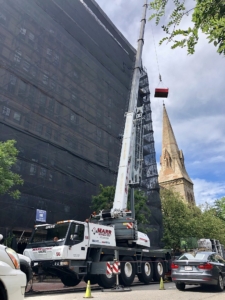 The below press release is featured in the October issue of High Profile.