“In honor of Women’s History Month, WIC Week and International Women’s Day, HP will be featuring a woman in construction on our site every business day throughout the month of March.  Learn more at www.high-profile.com/wicweek.”

Tracy Seward is the Safety Coordinator at Daniel Marr & Son Company (DM&S), which specializes in structural steel and precast concrete erection. She is responsible for the safety of Marr ironworkers on all company jobsites, ensuring that each ironworker is outfitted with the appropriate Personal Protection Equipment (PPE). Tracy attends weekly safety meetings, is responsible for all fire details and permits, and completes the required job-specific paperwork, including Job Safety Analysis (JSA) reports. Previously, she worked as an Apprentice and then Journeywoman Ironworker for 15 years at DM&S, learning the ins and outs of the trade and following the footsteps of her grandfather, father and two brothers (all former ironworkers at Marr). When an injury allocated her to light duty work, Tracy became a Safety Coordinator – a role that was a perfect fit given her experience as an ironworker and the industry’s rising safety standards.

On the job, Tracy is dependable, outgoing and thick-skinned. From 6 o’clock in the morning until sundown, she examines ironworkers’ safety needs from project start to completion and, in return, commands the utmost respect and compliance despite the tension that often comes with hectic schedules and challenging work environments. Beginning her sixth year as Safety Coordinator, Tracy commands the respect needed to ensure that the gangs on all her projects – currently including the Everett casino, Logan Airport, and Emerson College– are operating with the highest level of safety.

Off the job, you will find Tracy either cooking up a dish at home, where she lives with her son John, her two dogs and cat, or enjoying time on the beach with friends up on the north shore. A lover of the outdoors, she is in her natural habitat out on a jobsite – something her family at Marr is very grateful for! 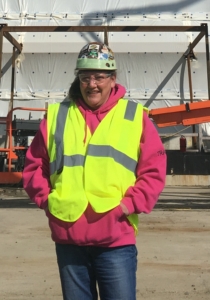 Nicole Davy is the Billing Supervisor for Marr Scaffolding Company. She is responsible for customer invoicing and reports to management on billing, collections and job profitability. Nicole has worked at Marr since 2004. Previously, she was a Dispatcher for Accurate Communications, Inc.

Nicole started her career at Marr as a “runner” in the equipment and maintenance area, dropping off and picking up parts for vehicles, keeping equipment maintenance records and more.  A hard worker, she was eager to do anything and everything.  When a new position was created in the Billing Department, Dave Hughes, Vice President, Equipment, suggested Nicole for the promotion. Billing Supervisor, Frank Salamone, took her under his wing and trained her to eventually run the department when he retired in 2013.

Since then, Nicole has proven herself more than capable for the role. She always strives to do the best job possible – and she certainly delivers with a focused determination and a warm smile. On a typical workday, Nicole’s office is a revolving door of salespeople requiring her expertise and project support; couple this with a constant workflow and she is often the last employee to leave the South Boston officeOutside of Marr, Nicole leads a busy life full of fun and even more responsibility. She has a 12-year-old daughter Mikayla, who shares her passion for travel, hiking and biking. A seasoned rider, Nicole has been an all-star for twelve years on the Marr Cycling Team, which participates in the Rodman Ride for Kids charity. Nicole is also passionate about helping others; having deaf family members of her own, she takes the time to mentor and care for deaf people with disabilities on weekends.

Without a doubt, Marr is beyond lucky to have Nicole on the team! 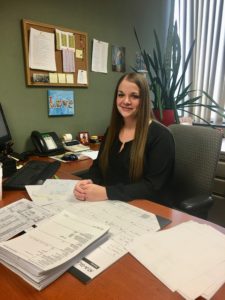